Antivirus, a must have… 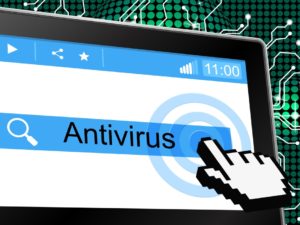 In this world today, having updated antivirus running on your PC is a must. Without antivirus, you take a chance of losing your data, spending a bunch of money to disinfect your system, infecting other friends and families, and just a bunch of bad stuff altogether…

Even though most folks know this, for some reason we get systems into the shop daily either without antivirus, with malfunctioning / turned off antivirus, or with expired antivirus. Don’t get me wrong; I really appreciate the folks that don’t heed the warnings, as we make a lot of money off of them, but I just don’t understand it. Is it because the antivirus slows your system down? Is it because you hate the constant updates? Could it be that it caused one of your other programs to run poorly? If you are one of these people, then more than likely, you are already infected or will be very soon.

If you get on the internet, there is no way to protect yourself 100%, but you can put up a fight. I have seen statistics that say that, if you get on the internet without antivirus, you will have some sort of infection on your system within 45 seconds. If money is the issue, Microsoft Security Essentials is a free program that does a decent job. I mean, you get what you pay for, but this is better than nothing for sure, and even better than some “pay” antivirus programs.

So, the moral of the story is, get some antivirus software on your system before it is too late!