Windows Server 2008 is Not Dead Yet

Windows Server 2008 has reached end of life, which typically means upgrading to a newer version. But CIOs have options beyond updating to a more recent iteration of Windows server, including staying put or migrating to the cloud. 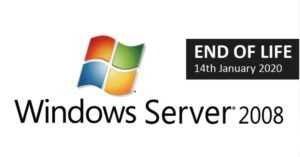 If you still have workloads running on Windows Server 2008, you are not alone. As recently as July 2019, Microsoft executives at the company’s Inspire partner conference estimated that up to 60 percent of Windows servers were still running Windows Server or SQL Server 2008. Some users had been delaying upgrades because of technology changes introduced in Windows Server 2012 that broke application compatibility.

Businesses that have stuck with Windows Server 2008 will not notice the absence of support until February’s Patch Tuesday, as Microsoft released a security update on the last day of support, Jan. 14. The company’s support web pages say it will provide no more patches for the OS, although that is not strictly true.

Since then, both versions of Windows Server 2008 have been receiving what Microsoft calls “Extended Support,” which includes only security updates. This gives businesses an extra three years or so to pick the right moment to update to a newer version of Windows Server.

Even now, with the end of Extended Support, Windows Server 2008 is not dead. Enterprises that want to hold onto the OS for a little longer can sign up for Microsoft’s Extended Security Update Program and receive fixes for another three years — for an annual fee of around 75 percent of the license price.

Microsoft describes this option of doing nothing but cutting a check as a “last resort.” After that, it really is the end.

There is another way to obtain extended security updates, and that is to move on-premises Windows Server 2008 workloads to Microsoft’s Azure cloud, running them as-is on a VM or managed instance. For enterprises that pay for its hosting service, Microsoft says it will throw in three years of security updates for free.

Frankenstein Computers has been taking care of our happy clients since 1999. We specialize in affordable IT Support, IT Service, MAC repair, PC Repair, Virus Removal, and much more. Give us a call for remote support or drop in to drop off. Check out what our clients are saying about us on Yelp!