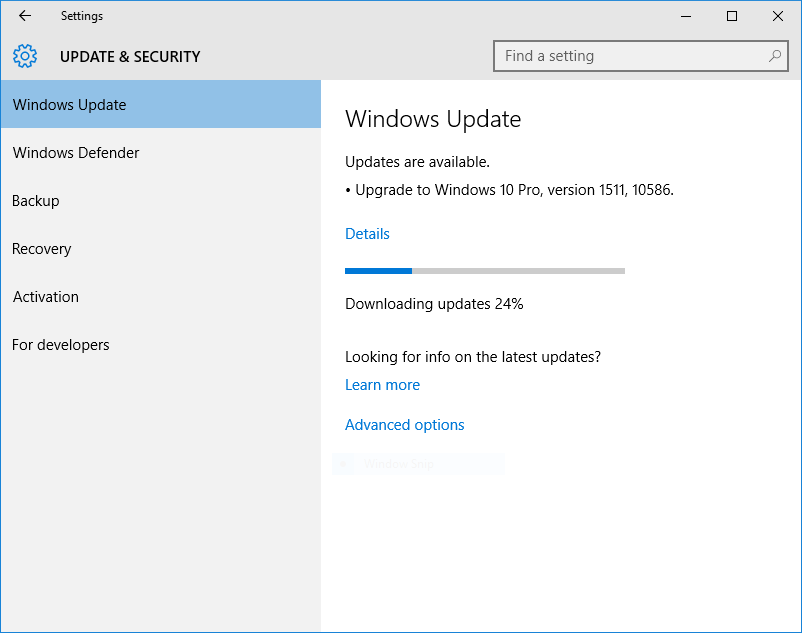 Microsoft recently released the first major update to Windows 10 that includes performance enhancements and improvements to Cortana and Microsoft Edge. This update also includes new features for enterprise users such as Windows Update for Business and the Windows Business Store. This update will automatically be installed during Windows 10’s scheduled Windows Update task.  Once this update is installed it will be listed as Upgrade to Windows 10, version 1511, 10586.

Along with bug fixes and updated device drivers, the highlighted improvements in this update revolve around performance, Cortana, and Microsoft Edge. With this update, Windows has been tweaked to supposedly boot up 30% faster on the same hardware. Cortana has been enhanced to be able to recognize addresses, email addresses, and phone numbers in scribbled notes.  Last, but not least, Microsoft Edge has been updated to offer better security and the tab preview feature, which allows you to preview a web site by hovering over its open tab.

Unfortunately, with this release comes its share of problems. As mentioned in numerous forums, users have complained about missing settings, hardware not working due to removed drivers, and known user interface bugs not being fixed. There have also been reports of the November Update hanging on 30%-40% when being installed due to SD cards or USB drives being connected.  Backup your important files before updating!