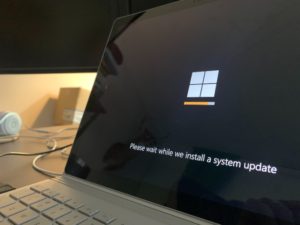 Microsoft forums had previously warned consumers that the October 2018 update for Windows 10 was deleting people’s files.

Now Microsoft has basically confirmed the issue by pulling the update for now. On the Microsoft support site, they have updated with a note saying they are pausing the update while they look into the issue more.  They say very clearly that if you have already downloaded the update, you should not install it for now.

If you have been affected by the file deletion bug, they also ask you to contact them to help sort out the issue, and to stop using the device until you do. Which is interesting, and usually means the recovery option will include using a tool to recover deleted files. If you use your PC a lot, it can overwrite those files before they can be recovered. This is a very unfortunate bug.

Its unlikely that it affected a huge number of users, but with 700 million installs of Windows 10, Microsoft needs to be more careful with their updates.  Even a tiny percentage of users being affected can still be millions of people. It is also a good warning to always backup your computer before doing anything major.  Including installing one of the Spring/Fall updates for Windows 10, which are always major updates with a ton of changes.

Frankenstein Computers has been taking care of our happy clients since 1999. We specialize in IT Support, IT Service, MAC repair, PC Repair, Virus Removal, and much more.  Give us a call for remote support or drop in to drop off. Check out what our clients are saying about us on Yelp!