Why you should be excited about 2019 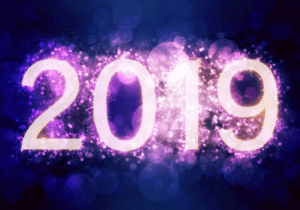 Anyone that has looked at the state of the IT industry when it comes to hardware in 2018 has sour memories.

From the price fixing fiasco of memory by the manufacturers, to the GPU shortages and price inflation caused by the cryptocurrency craze.

However, 2019 appears to be looking like a good year for hardware. With AMD’s surprising performance jump with their Ryzen 3000 series processors finally catching up to Intel processors. This will create even more competition in the CPU space, which will ultimately benefit consumers.

They have also revealed that their new 7nm GPU architecture in their Radeon VII (Vega 2) GPU series. Sporting a massive 16GB of High Bandwidth Memory 2(HBM2).

This will hopefully create a bit of competition in the GPU market as well. This market has been dominated by Nvidia for years, allowing them to set the market prices of GPUs even if the performance per dollar is not there.

Many more items were featured at CES 2019 this year, but AMD once again takes my “Best in Show” this year.

Read more in the article linked below, and if you’re curious about featuring any of these new items in a future custom pc build, and then keep Frankenstein in mind. We provide consulting and assembly services for custom systems and enjoy seeing a new system come to life every time.