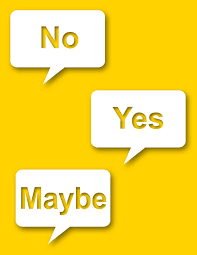 NVIDIA and AMD are once again making launching their new hardware this final quarter of the year. NVIDIA has already made waves with their new RTX 3000 series GPUs, that promise at least 40% improvement over the previous generation. We’ll have to wait for independent reviews to know if that’s true or not but if it is, that is a massive improvement. Especially since the RTX 3070, which is their mid-tier card, is being hyped up as being nearly twice as powerful as the previous 2080TI which was the flagship card of RTX 2000 series. Twice the power at nearly one-third the price? Yes, please. These cards are set to launch mid-September for the RTX 3080, and late September for the RTX 3070. So with such a huge improvement in performance, you should rush out and buy one now right? Well, maybe not.

AMD has also put out that they are announcing or releasing their new GPU and CPU in October. We aren’t sure if this is going to be the release date or if this is simply the announcement date. Either way AMD has a large gap to jump if they want to match NVIDIA’s power. However, if they can come in with a good price to performance ratio and still be in reach of RTX 3000 series with their new RDNA2 cards, then NVIDIA may be in trouble.

As for AMD’s CPU release, not much is known other than it will be their new ZEN3 architecture and they are promising feature and performance improvements. If the jump from ZEN1 to Zen2 was anything to go by, we could see as much as 50% improvements in clock speeds. However their real focus should be matching or exceeding the IPC lead that Intel has over them. AMD is extremely good value if you are solely looking at price/performance ratios. However Intel has always been the leader in pure raw performance when it comes to gaming. AMD has been closing that gap, however it has been a slow process.

I for one am excited for what’s coming down the pipeline from both companies, and can’t wait to see what is coming from the add-in board partners for NVIDIA. The RTX 3000 series Founder’s Editions look great, but the partner cards are always able to put out some amazing looking cards as well.

So to answer the question Wait or Buy Now? Personally I’m going to wait. New architecture and drivers always need some time to mature and grow. Being on the bleeding edge of new releases can either be an amazing experience, or one filled with bugs and glitches that makes you pull your hair out. However, if you are one of those people that hasn’t upgraded in close to Five years, then I’d say go for it. You will see a massive improvement overall to your gaming experience, and even your work productivity depending on what you use your system for. If you’re on the fence about whether to upgrade or simply go for a new build, give us a call at Frankenstein computers. We can help you make that decision, and even help you pick out and build a new system if that’s the route you want to take.

Frankenstein Computers has been taking care of our happy clients since 1999. We specialize in IT Support, IT Service, MAC repair, PC Repair,
Virus Removal, and much more. Give us a call for remote support or drop in to drop off.