A Virtual KVM to the Rescue 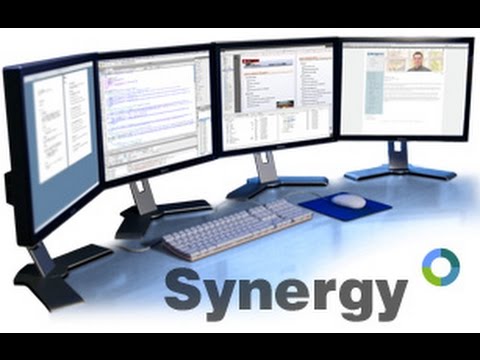 For those of you who are not familiar with KVM switches, they allow you to use more than one computer with the same keyboard, mouse, and monitor. You can only use one computer at a time; however, and then you toggle which computer is shown on the monitor usually with a key combo or a physical switch you press. They are great for their purpose, but what about the end-user that uses both a PC and an Apple computer and needs to use them simultaneously/move between them quicker without waiting on the KVM delayed video output when switching computers.

If this speaks to you, you might want to give Synergy a shot. Synergy is more or a less a software-defined KVM that runs over the network using a client/server model. It is slightly different than a KVM though, since it does require a monitor for each computer added to the Synergy configuration.

This is the ultimate power user’s tool. It isn’t for everyone, but people who use multiple systems constantly everyday will absolutely love this software. Sounds like something you might benefit from? Go ahead and give it a shot and watch your productivity soar.