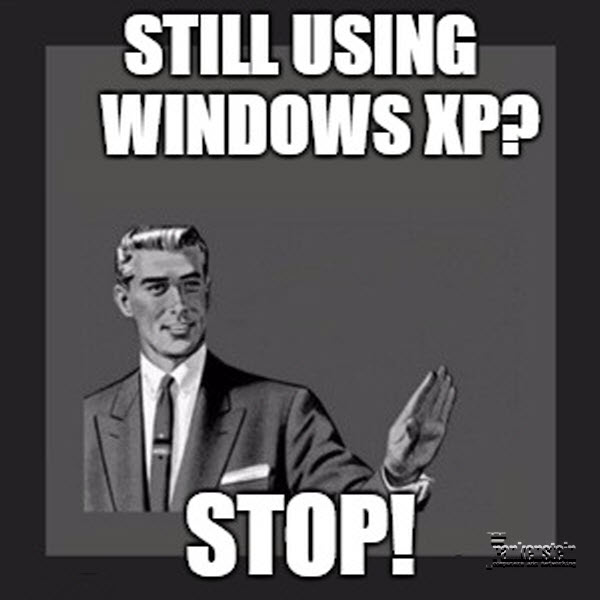 This May’s virus-of-the-month WannaCry displayed a glaring vulnerability in IT, in that there are still many out there using computers with Windows XP. While Microsoft stopped supporting XP back in 2014 many people and businesses have elected to keep using them under the guise of ‘if it isn’t broken, don’t fix it.’  This decision by users around the world is what helped this virus spread so drastically.  Studies still show that 5-7% of Windows computers are still running Windows XP.  To understand why this is such a problem we need to look back to large April dump of hacked NSA tools which identified huge holes still left in Windows XP.  Bugs and holes in operating systems aren’t uncommon, remedied by the fact that Microsoft is constantly putting out updates to plug these holes, but these stopped for XP back in 2014.  Meaning, no matter how secure your office or home network is, if you have a computer running Windows XP you have a back door wide open, unlocked, asking for trouble.

The scary thing about the WannaCry infection was the rare feature of its ability to jump from one computer to another on your network.  While this virus could not even touch Windows 10, (and could only touch Windows 7 and 8 systems that were not updated) a system running XP was wide open for attack, and the virus could then jump to other systems, using that XP system as a jumping off point.  Analysists have confirmed WannaCry was not a one-time virus, and copy-cats are surely on the way.  Thankfully Microsoft offered a one-time-only patch for this particular hole in XP.  However, that shouldn’t be taken that all is well, there are other holes, and they’re not going anywhere.

Even the best anti-virus on a Windows XP computer is simply not going to cut it.  That is the equivalent of putting a lock on a screen door, there are just too many ways in.  Because these holes are so well known now, thanks to the NSA leak every virus and malware infection on the internet targets XP users immediately.  While many infections can be caught by clicking on the wrong link, a XP user can catch it just by viewing an infected web page or even an infected ad.  If you or your business is running a system with XP it’s time to stop and replace it.  If not, that computer should be totally disconnected from the Internet, or at minimum should not be used to access the web at all.  Let Frankenstein Computers help you with replacement or
even upgrade recommendations!