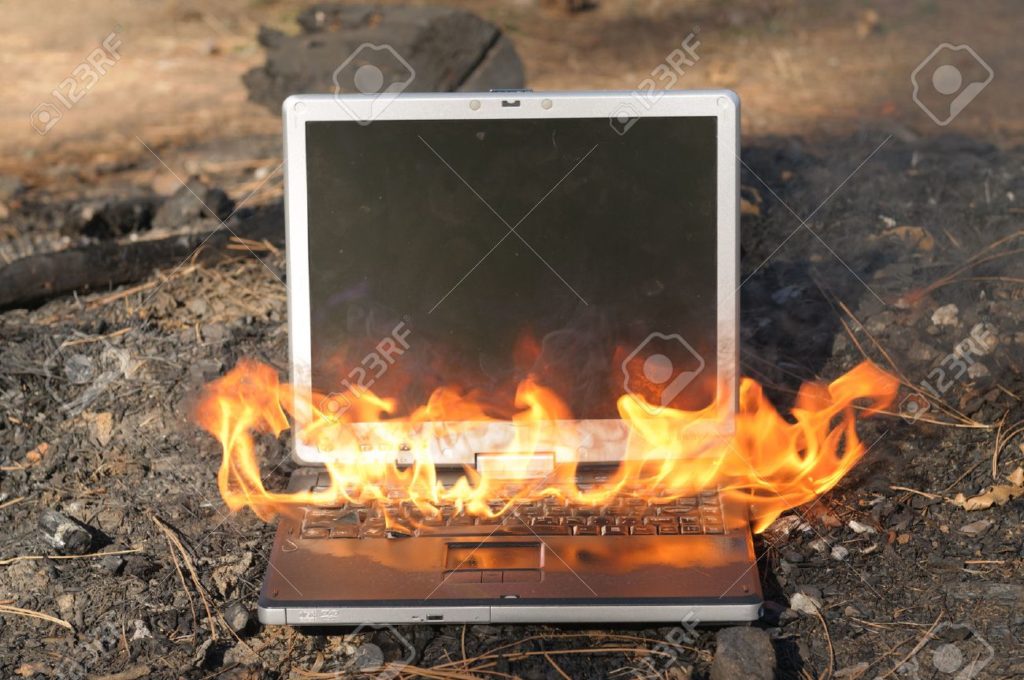 One of the most popular cases of 2020 was the NZXT H1. This Small Form Factor case had a tiny foot print of only 7 sq in with a height of 15in, which made it very versatile and easy to find space for on or under a desk. It comes with a 650W 80+ Gold modular power supply and a 120mm CPU AIO cooler. However there’s one feature that has been causing many an issue and was recently found to be a massive fire hazard for anyone that is using this case.

That issue is the PCIe riser cable that ships with the case from the factory. This riser cable allowed the H1 to completely separate the GPU from the rest of the system components and allow the residual heat to be more controlled. However the PCIe riser cable has a major flaw, in that it can catch on fire with the right conditions. This is obviously a bad thing as generally fire and anything but food don’t mix.

So what is the defect that is causing the issue? Well when you build a PCIe riser card you must have a solid surface for the PCIe slot to sit on. This is called a PCB, or Printed Circuit Board. These are in every single electronic device you have ever owned. They act as the floor plan for electrical devices and where they will be situated. In order for electricity to flow through the non-conductive material of the PCB a thin layer of conductive copper or gold is placed inside of the PCB. This is where one part of the defect occurs on the PCIe riser cable. Usually when the components are laid out on the board, manufacturers will stop the conductive material at the outer most edge of the component that will sit on that conductive layer. Then leave that layer out of the rest of the board out to the end of the PCB. Think of it like a beach, the conductive layer is the ocean water, the PCB is the sand, some of that sand does go into the water, but there’s that safety layer of dry sand that is the beach itself.

Well NZXT manufactured this particular riser without that safety layer of “dry beach” and the conductive layer runs the full length of the PCB. This normally wouldn’t be an issue, since most PCB holes are either coated or large enough to prevent damage to the PCB. However, the way the holes for the PCIe riser are cut allows for the mounting screws to cut into the PCB and expose that conductive layer. Since all screws in electronics are conductive to allow them to send power to ground, and prevent short circuits and fires this normally wouldn’t be a huge issue. Except that conductive layer being exposed now turns ground into a 12V power circuit. Meaning that the H1 case no longer has a path to ground to complete a safe circuit. This feedback loop of 12V power essentially turns that mounting screw into a heating element, and when conditions are just right, that will start a fire.

What are these conditions? Essentially each time you mount and unmount the PCIe riser cable, the PCB is chewed through a little bit more due to there being no threads. After a few remounts, that conductive layer is exposed and depending on the screw’s tightness during mounting that layer will be bridged to ground creating the feedback loop of 12V power. I won’t go into all of them here, but I will leave a link for Gamer’s Nexus YouTube channel for more detail, as they do a very good job explaining and demonstrating this issue.

What’s the fix? Simply stop using the NZXT riser cable, it is the main cause of the issue, and replacing it is the easiest way to resolve the issue. If you need help doing this for your H1 Case, we at Frankenstein Computers are more than willing to assist you with this. We have helped many users replace and upgrade components in custom builds using many different cases.