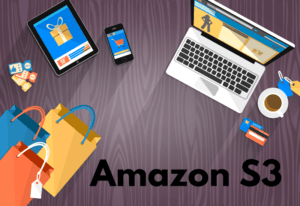 It would seem that a few servers were scheduled to be taken offline for maintenance, but far more servers than intended were taken offline. According to Amazon, one of these servers “manages the metadata and location information of all S3 objects in the region.” Without it, services that depend on it could not perform basic data retrieval and storage tasks.

After the systems were inadvertently taken offline, they all needed to perform a “full restart” which can apparently take quite some time. The outage interrupted several services including: Quora, newsletter provider Sailthru, Business Insider, Giphy, image hosting at a number of publisher websites, filesharing in Slack, imgur, github, asana images, docker hub, Fiverr and many more. When asked for the cause of this outage, here is what Amazon had to say: “Unfortunately, one of the inputs to the command was entered incorrectly and a larger set of servers was removed than intended.”

There you have it. A typo took down a large chunk of the Internet for almost a day.

Frankenstein Computers has been taking care of our happy clients since 1999. We specialize in IT Support, IT Service, MAC repair, PC Repair, Virus Removal, web design, remote support and much more. See what our clients have to say about us on Yelp!