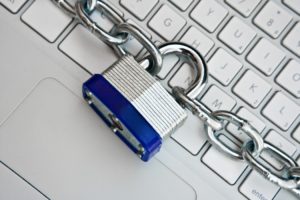 They guys over at Symantec Protection (makers of Frankenstein’s preferred antivirus, Norton Antivirus) have decided to take their company in a different direction.

They are going to eliminate the Norton Antivirus stand-alone product and merge it with their Internet Security Suite, a program that we have seen cause numerous problems for clients in the past.  Because of this, we can no longer recommend installation of Norton going forward.  Of course, anybody that has Norton Antivirus already installed will not be affected.  And now, Norton has unexpectedly halted all installs, as of last Friday,

Here at Frankenstein, we were aware this change in direction was coming, and therefore had already been testing alternatives…. and we have found a great one.  Bitdefender Antivirus Plus 2015 has been earning extremely high ratings on independent lab testing for a while now, and garners top scores on anti phishing tests, as well.  So, we tested it out here at our shop and we were very impressed by its performance.  Our investigation discovered it to be one of the least taxing antivirus programs to run on your system.

We have found that our clients can get all of that for the same price as our previous antivirus installs!  We are proud to say Frankenstein Computers will now be installing Bitdefender for all of our customers going forward, both the free antivirus software and the more robust Bitdefender Plus.

“Few products score better in independent lab tests than Bitdefender Antivirus Plus 2015, and it totally aced our own antiphishing test. On top of that, it offers significant tools to enhance your privacy and system performance. This feature-rich tool remains an antivirus Editors’ Choice.”  — PCMag.com Antivirus Reviews