Summer system build, is it time to upgrade? 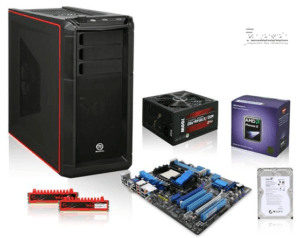 With CES and Computex now finally out of the way and all manufacturer chips on the table what does this mean for someone looking to upgrade or even a new system build? Well now is by far the best time of the year. Intel has all their CPUs on the board, which is not saying much since they released their current 9th Generation CPUs late 2018. Whereas AMD has taken the time to get their Zen2 CPUs onto the market early July. AMD’s new Ryzen 3000 series have pushed intel into a very hard place for competition.

Intel prior to the Ryzen 3000 series launch lowered their current CPU prices by up to twenty-five percent to entice purchasing. However, with AMD launch prices almost fifty percent less than Intel for similar performance it is very hard to recommend Intel for anything other than pure gaming performance. But AMD is nipping at Intel’s heels in that area as well. The new Ryzen 5 3600 and 3600X are some of the best midrange CPUs on the market right now, beating out Intel’s midrange CPUs in workload related applications, and beating out Intel in gaming performance, if only by a small margin.

AMD also released their much-awaited NAVI GPU series in the Radeon 5700 and 5700XT. While not “top-tier” GPUs by any stretch of the imagination, these are solid performing GPUs in both gaming and content creation workloads. Falling in very nicely in the range of the 2070 from Nvidia. This then prompted Nvidia to push up their refresh of the 2000 series GPUs to offer a better performing “Super” GPU in the same price range that the AMD cards nestled into.

To summarize AMD has shaken up the market again and forced price competition with both Intel and Nvidia who have dominated the market for far too long, allowing them to “set the bar” in terms of pricing. You can build a very decent gaming system for around $1000 with very few compromises from either Intel or AMD in terms of CPU performance. Same for GPU performance if you are looking at price points in the $400 to $600 range of cards. Now is by far the best time to upgrade your rig, or even build a new one.

If you are thinking about doing this then Frankenstein is here to help. We offer Custom System build services starting at $160 and upgrade services starting at as low as $80. So please keep us in mind if you are looking to get into building your first system and just need help choosing parts or want a completely built system from the ground up and just want the finished product. We will do as much or as little as you want us to do.

Frankenstein Computers has been taking care of our happy clients since 1999. We specialize in affordable IT Support, IT Service, MAC repair, PC Repair, Virus Removal, web design and much more. Give us a call for remote support or drop in to drop off. Check out what our clients are saying about us on Yelp!