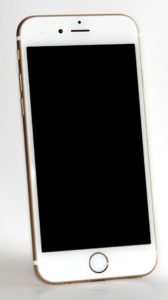 However, starting at the top of the list is the new iPhone, or rather, iPhones.  The new iPhone 6 comes in two different sizes, standard and Plus.  While the standard will be about 4.7 inches, the Plus will be a super large 6.6 inches.  They were also able to shrink the width of the phone down, to 6.8 mm and 7.1 mm.

While the added size is nice, the real big additions are the phone’s chipset and the LTE abilities.  The iPhone 6 will now be using the new Apple chipset, called the A8.  While the previous version, the 5S, used the A7, the A8 is reported to have at least a 25% boost in speed, as well as a 50% graphical boost.  The LTE functionality (non Wi-Fi Internet usage) is reported to have gotten a significant upgrade, as well as switching the built in Wi-Fi to now have ‘ac’ abilities,  This will dramatically boost the Wi-Fi abilities, on networks that support ‘ac.’

The other significant addition is the camera; it is 8 megapixels with ‘True Tone’ flash, an f/2.2 aperture, and a new camera sensor that should cut focus time in half, as well as including digital image stabilization.  As if that isn’t enough, the new camera will now have the ability to shoot in 1080p video at 30-60 frames per second, with a slow-mo feature that jumps it to 240 fps.