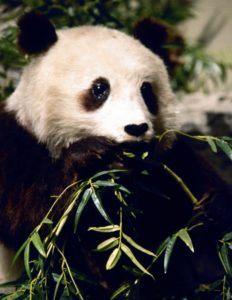 On Wednesday Panda users were told via a tweet that they should not reboot their computers.

Rather concerning message coming from your antivirus software company right?! The Register was the first to report on this saying that some machines are left unstable or unable to access the Internet.

Panda’s free antivirus, retail 2015 service, and its enterprise cloud-based antimalware service are all affected. How many machines are affected is unknown.
The tweet “Please, don’t reboot PCs. We’ll keep you posted.“, as you could imagine, really freaked users out.

Panda later explained in an advisory that the erroneous signature file was “repaired immediately,” but admitted that under certain conditions it is possible for the “incident to persist.”

As crazy as this sounds this is not the first time an antimalware service has mistakenly classified core files as malware. In 2010, McAfee accidentally deleted a crucial Windows XP file, leaving millions of machines bricked.

Google owned VirusTotal teamed up with a number of companies, including Microsoft, last month to reduce the number of false flags in its antivirus products.