What To Expect from the iPad3 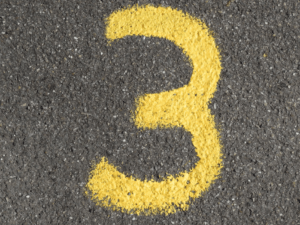 Thought to be announced tomorrow, March 3rd, Apple has officially announced the announcement will be on Wednesday, March 7th.

There are a few basic speculations, but there are a lot of things we can be certain we will be seeing next week.  The most common rumor everybody can agree on is the big jump in resolution.  Most agree that the iPad 3 will double its current resolution to 2048×1536 with pixel sizes dropping by 25%.  This has been practically confirmed by Apple with their announcements that it is “something you really have to see.”  The next big jump is reported to be in processor power.

Rumored to be upgrading to the new A6 chip, the real argument will be if the new chip will be quad core or not.  Previously Apple has stayed on the side of not upgrading it if they don’t feel it’s necessary (with iPad 2’s 512MB of RAM being the prime example of this).  With the latest reference guide for the iOS 5.1 beta it also appears the iPad WILL be getting Siri as well.  As for looks don’t expect Apple to rock the boat, even though relatively speaking the iPad is a new product; so the 8-inch version they were reportedly working on will not come out, nor do I agree with rumors it might be losing the Home button.

If anything changes physically with the device it might be slightly thicker to make up for the retinal display.  As for availability the iPad 3, or the iPad HD if some rumors are true, could hit the shelves relatively soon, as Best Buy has already dropped all iPad models by $50 and last years iPad2 was announced on March the 2nd and already available for purchase by the 11th.

Tags:What To Expect from the iPad3