NVIDIA’S NEW POWER AND YOU 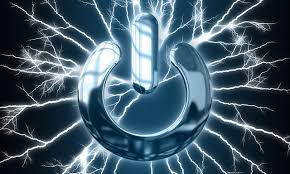 The GPU powerhouse NVIDIA has revealed their new proprietary 12-pin connector that will supposedly be featured on their new line of AMPERE cards. This new connector is coming ahead of the new ATX12VO power supplies set to launch later this year. Is NVIDIA just trying to stay ahead of the curve, or is this just another attempt to make AIB partners hate them? The new power connector not only has a new pin-out but also a new location. Due to the unique design of the AMPERE card’s PCB the typical flush 90 degree orientation of the power connector would not work. This led NVIDIA to place the new connector at a 45 degree angle perpendicular to the PCB. This orientation raises a few concerns due to the fact that it presents a higher risk of bending and breaking on the pins that are soldered to the board. This may lead to new builders accidentally breaking off the connector due to improper installation of the 12-pin power supply plug, or simply due to applying too much force to the connector when installing the card and plugging in the cable. This is purely hypothetical of course and maybe these concerns aren’t warranted, only time will tell.

Obviously since these cards are launching prior to the new 12VO power supplies NVIDIA was kind enough to provide an adapter that will take two 6+2 PCIe power cables and convert them into the single 12-pin connector needed to power the new cards. If you’re looking to upgrade to one of these cards; keep in mind that there will be a “break-in” period for the new technologies of the card and the new drivers to work out all the bugs that come with a new release. So if you’re an early adopter of new hardware keep in mind you’re also going to essentially be a BETA tester for the first few iterations of drivers. If you’re willing to deal with the growing pains of early adoption you will be a proud owner of probably the most power video cards that will be on the market for the remainder of 2020. However this will all depend on AMD’s new RDNA2 video cards and when they plan on launching those. Hopefully the RDNA2 will be able to compete on the high-end at a lower price point than NVIDIA’s new flagship RTX3090 as right now it’s set to launch at somewhere between $1400 and $2000. We highly recommend giving the new cards time to mature, unless you’re wanting the RTX3090 as that is rumored to be a limited stock card at release, which means that they may not restock them.

If you plan on upgrading to one of the new cards once they launch later in 2020, we hope that you us in mind. We do many Custom Builds for not only residential but commercial applications and would be happy to help you get your new system up and running.

Frankenstein Computers has been taking care of our happy clients since 1999. We specialize in IT Support, IT Service, MAC repair, PC Repair,
Virus Removal, and much more. Give us a call for remote support or drop in to drop off.