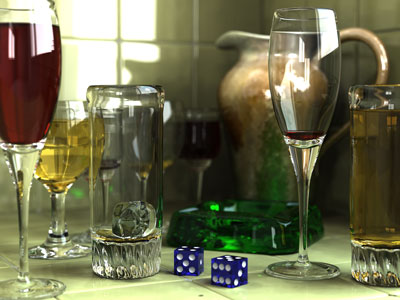 Nvidia has been sitting on their, very well received and optimized, Pascal family of GPU chips for just over two years now. Leaving the GPU market sorely lacking in upgrade availability.

However, the week of August 19, 2018 NVIDIA at last revealed their newest creation.

This series of cards will feature a relatively new graphics technique known as RayTracing. Until Nvidia came out with their new RTX line, RayTracing was only possible using extremely high-end parts. The most recent version of a RayTracing specific device was built almost two years ago for close to $68,000.

In one fell swoop Nvidia just made this ultra expensive and top of the line machine obsolete. While not currently available for purchase, the RTX family of cards: 2070, 2080, and 2080ti; are available for pre-order from Nvidia’s website. While we don’t currently know their real world performance in rendering and gaming applications, the tech demos using these cards have lifted everyone’s hopes.

Personally I’m looking forward to the avenues that this new upsurge of availability of Turing and Ray Tracing technology will open up for software and game developers.