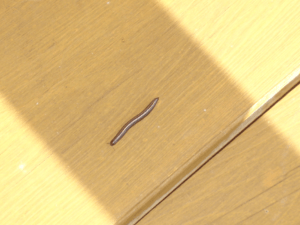 Many of our readers are requesting info on a new Worm that is making news.

The new worm is called Morto and it takes advantage of the Microsoft Remote Desktop Protocol. The worm will scan your Windows systems to see if you have RDP Enabled. The worm is controlled remotely via the  jaifr.com and qfsl.net. Make sure you block these at the firewall! The worm is infecting machines that are completely patched and are running clean installations of Windows Server 2003. The traffic was flagged by the SANS folks.

Port 3389 / TCP is used by Microsoft Terminal Services, and has been a continuing target of attacks.

Info from F-Scure: “We don’t see that many internet worms these days. It’s mostly just bots and trojans. But we just found a new internet worm, and it’s spreading in the wild. The worm is called Morto and it infects Windows workstations and servers. It uses a new spreading vector that we haven’t seen before: RDP. RDP stands for Remote Desktop Protocol. Windows has built-in support for this protocol via Windows Remote Desktop Connection.

Once you enable a computer for remote use, you can use any other computer to access it. When you connect to another computer with this tool, you can remotely use the computer, just like you’d use a local computer. Once a machine gets infected, the Morto worm starts scanning the local network for machines that have Remote Desktop Connection enabled. This creates a lot of traffic for port 3389/TCP, which is the RDP port.”

When Morto finds a Remote Desktop server, it tries logging in as Administrator and tries a series of passwords:

Once you are connected to a remote system, you can access the drives of that server via Windows shares like \tsclientc and \tsclientd for drives C: and D:, respectively. Morto uses this feature to copy itself to the target machine. It does this by creating a temporary drive under letter A: and copying a file called a.dll to it. The infection will create several new files on the system including windowssystem32sens32.dll and windowsoffline web pagescache.txt