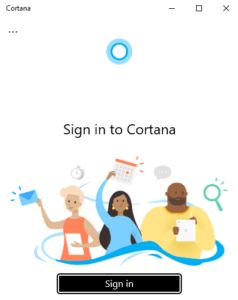 Microsoft is preparing major changes for the Cortana voice assistant in Windows 10.

The software giant plans to separate the internal search and Cortana on the Windows 10 taskbar. This will allow voice requests to be processed separately by entering text in the corresponding search field for documents or files.

This change will be implemented in the next major Windows update, which is scheduled for April (if nothing changes). After the release of the update, voice search will no longer work together with text search – these will be separate applications.

As stated by Dona Sarkar, Microsoft Insider program manager, this will allow third-party developers to use search and voice assistants. At the same time, they will be able to simplify work for end users. On the other hand, the innovation greatly weakens the position of Cortana, since it was previously expected of intellectual search. In fact, it will only work with Microsoft To-Do, integration with which was planned for a long time.

Microsoft has improved the search on Windows 10 since the first version, trying to make it look like an Apple solution. However, they also wanted to introduce Cortana there, which, as a result, turned out to be redundant. After all, the voice assistant cannot yet be used to fully enter text, run all programs without exception, turn the PC on and off.

It remains to wait for the release of the new version, to say how the company managed to realize their plans. Other innovations are planned in the April update, but there are not too many new features. These are mainly improvements to existing ideas.

Frankenstein Computers has been taking care of our happy clients since 1999. We specialize in affordable IT Support, IT Service, MAC repair, PC Repair, Virus Removal, web design and much more.  Give us a call for remote support or drop in to drop off. Check out what our clients are saying about us on Yelp!