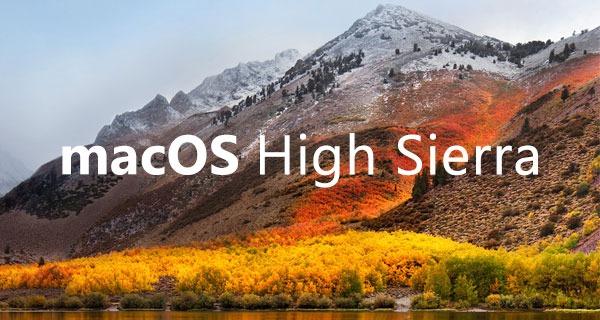 Apple has promised exciting new features with macOS 10.13 High Sierra. These include improvements to Safari – which now will prevent ad-tracking and auto-playing videos – and a more comprehensive Spotlight Search in the Mail App.

Plus, when you’re writing emails, the app now allows split view for the compose window – and it will use up to 35% less disk space as well.

The Photos app has also been updated in macOS 10.13 High Sierra, with a better sorting tool, alongside a new layout, better facial recognition thanks to neural networks, and better syncing across all your Apple devices.

Editing tools have also been improved, making it easier than ever to improve your photos without knowing too much about the process. You’ll even get to apply Instagram-like filters to your photos in post-process.

One of the biggest changes with macOS High Sierra is with the file system. It’s ditching the HFS – which Apple has used for around 30 years, and is now using the Apple File System (APFS). Every Mac that’s upgraded to macOS High Sierra will make this files system change automatically while new Macs will come pre-formatted.

APFS, to be exact, is a 64-bit file system that supports native encryption and faster metadata operation. This may all sound a bit techy, but the bottom line is that this will make your Mac feel a lot faster, while also being more secure and more transparent about the nature of your files and folder contents.

The update will also bring HEVC, or H.265, video compression to the Mac. The firm claims that this new standard can compress video files 40% more than the previous-generation H.264 standard. The end result will be faster video streams at higher resolutions – ahem, 4K – and smaller video files sizes when stored locally.

VR finally comes to the Mac

One of the biggest bits of news surrounding macOS High Sierra is that it will finally bring support for virtual reality headsets officially. Namely, the HTC Vive and Steam VR will work with Macs running the new OS this autumn.

However, to use such a device, you’ll need at least a 5K iMac or MacBook Pro – or, any Mac that can run the new OS with an external graphics card box attached via Thunderbolt 3. Support for such devices will come part and parcel with macOS High Sierra, but won’t be an available function until spring 2018.

Fortunately, in the act of creating a macOS iteration that only moderately shakes things up, the barrier to entry didn’t change at all. As long as you’re sporting one of the following Mac models, you’ll be good to go with macOS High Sierra on day one:

Keep in mind that if you want to take advantage of the High Efficiency Video Coding (HEVC) benefits posed by macOS High Sierra, you’ll need a Mac containing, at the very least, an Intel sixth-generation Skylake processor.