Features to look for in your next laptop 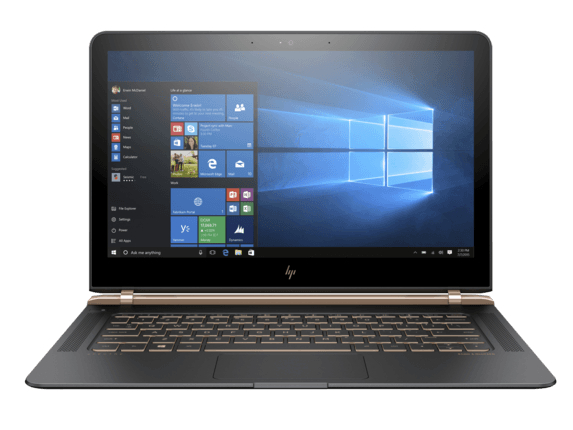 Most of us are used to the USB Type-A ports we’ve been plugging stuff into on our computers for years now. Whether it’s version 2.0 or version 3.0 (the faster blue one), we’ve been plugging devices into them to either transfer data back and forth (flash or external drive, MP3 players, smart phones, etc) or charge their batteries. In 2017 many systems come with USB Type-C ports, which offer a whole new world of functionality. USB Type-C ports can carry data and electricity over a single wire, allowing you to power your laptop, output video to external monitors and copy files with just one standard cable.

Not all laptops that have USB Type-C can charge off of it, but those that do will be able to take advantage of an entire ecosystem of standardized AC adapters, docks and monitors. Because Type-C is an industry standard, you’ll be able to use the same power brick with laptops, tablets and phones of different brands.

Some higher-end laptops also have Thunderbolt 3, which uses the same USB Type-C connector and is fully compatible with Type-C devices, but adds support for even-faster Thunderbolt peripherals. With Thunderbolt 3, you can power up to two 4K monitors over a single wire, transfer files with a portable backup drive at the speed of an internal Solid state drive or connect to an external video card for gaming.

In the past few years, most laptops came with 1366 x 768 resolution screens, even if you paid good money for them. At this resolution, not only are pictures grainier, but not a lot of text fits on the screen – forcing you to scroll a long way to read Web pages or edit documents. Today, you can find an affordable system with a 1920 x 1080 or higher resolution screen that will let you see more of your work at once and view movies the way they were meant to be seen. If you’re willing to spend more, you can find laptops with 4K ultra-HD displays that output at a ridiculous 3840 x 2160. Ridiculous.

Intel, has recently upgraded its processors to a new generation. Code-named Kaby Lake but officially named Intel 7th Generation Core series, these CPUs are not only quite a bit faster than the one in your three-year-old laptop, but also promise significantly longer battery life and the ability to play 4K video. You can tell whether a laptop has Kaby Lake by checking to see if the processor serial number begins with 7 (ex: Core i5-7200U).

Your older laptop probably has a mechanical hard drive. Solid state drives (SSDs) are more than 300 percent faster, radically changing your entire computing experience. An SSD lets you boot faster, wake your laptop from sleep almost instantly and open your favorite applications in a fraction of the time. (Google Chrome and Microsoft Word, for example, can open in less than a second).  Some higher end laptops come with PCIe x4 SSDs (sometimes called NVMe or just PCIe SSDs) that provide three to four times the speeds of regular SATA drives.

When you need to send emails, surf the Web or get work done, there’s nothing better than your laptop, with its keyboard and touchpad. However, when you’re on the plane and you want to watch a movie, or you’re in line at the store and you just want to check Facebook, maybe you wish it were a tablet. A new generation of 2-in-1 PCs gives you the best of both worlds: a laptop that can fold flat for getting things done or detach its keyboard for a slate experience.

A few years ago, it was extremely expensive to buy a laptop with more than 4GB of RAM, but now 8GB is becoming standard on most mainstream systems and 16GB is affordable in many cases. With 8GB, you can multitask a lot better, keeping dozens of tabs open in your browser while watching a movie, playing a game and editing email. If you have too many tasks open with too little RAM, your computer will slow down as it uses the hard drive or SSD as source of virtual memory.

Most new laptops are available with 802.11ac Wi-Fi, a newer wireless standard that gives you speeds that are three to 10 times faster than older wireless standards allowed, particularly as you move farther away from your router. To take full advantage of this protocol, you may have to get a new router that supports it, but 802.11ac-capable access points start at less than $100. Most smartphones released in the last two years have 802.11ac, so your handset would benefit as well.

Today, you can log into your Windows 10 computer just by looking right at the screen. This feature is called Windows Hello and, to use it you need a laptop with an infrared or RealSense 3D camera built-in or buy an external webcam like the Logitech Brio, which has this functionality built-in.