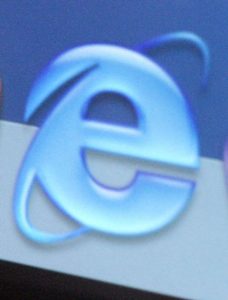 Microsoft ending support for older versions of Internet Explorer? After ditching Windows XP, is this a surprise ?

If you have been hesitant to upgrade Internet Explorer on your older PC, you soon may not have any choice.

According to Microsoft, starting January 12, 2016, “only the most recent version of Internet Explorer available, for a supported operating system, will receive technical support and security updates.”  Internet Explorer 8 (being all of five years old) will be dropping support completely for Windows desktop and server releases.

On most PCs, Internet Explorer goes into the same bucket as Windows XP, which reached its end-of-support date in April 2014. Microsoft will not release security updates for Internet Explorer 8, on desktop versions of Windows, after the first Patch Tuesday of 2016. That’s likely to affect a lot of people: Net Applications says IE 8 is the single most popular browser version worldwide, installed on more than 20% of all PCs running a desktop OS, including many that are still running Windows XP.

Get ready!  If you have any questions, call us at Frankenstein – we’re always here to help!