It’s Time for a New Desktop/Laptop When… 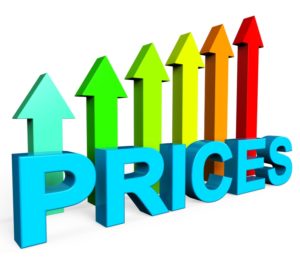 When the cost of repairing your desktop/laptop becomes somewhat shocking, it’s probably a good time to purchase a new one.

Some people treat their desktop/laptop as they do a smartphone: they purchase a new one as soon as the latest and greatest version comes out. Which means they could be buying a new unit at least once a year.

Others tend to purchase only when a desktop/laptop is on its last legs, keeping it for five or more years, replacing it only when it’s absolutely, positively necessary (i.e., it no longer works).

But it’s far better to replace an aging computer sooner rather than later. The trick is knowing when sooner is on the verge of becoming later. That is: when is it time to get a new computer?

Read below for some tips to help you decide whether to keep, upgrade or replace your laptop/desktop entirely.

No matter how often you upgrade its components, if your laptop/desktop doesn’t “play well” with new operating systems (it doesn’t work correctly), it’s probably time to get a new one. This especially is the case if you can’t find any drivers for your hardware. Just as with aging cars, if it’s costing you more in replacement parts and repairs than it would cost you to get a new unit, it’s time to get a new unit.

How productive are you using your older unit? Many of us use apps, software and other tools that help us be more productive – apps, software and tools that may not have existed when your unit was new, slowing it down considerably when it does engage these tools. If something is taking you longer to do now than it did before, even though you’re using a new software/tool, it’s time to get a new unit.

In general, it’s probably wise to replace your unit every three to four years. You could keep it longer if you don’t use a lot of technology on it (you don’t edit videos, record podcasts, design graphics, etc.) and pretty much use it for Web surfing and writing only.

What about you? Are you in the “Get a new one every year” camp? Or are you a “Use ‘er until she dies” camp?