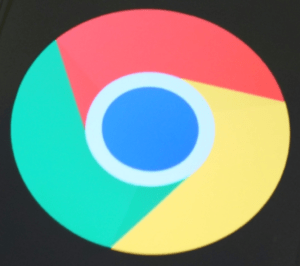 Last week Google released Chrome 74, but you might have to wait for two of its most intriguing features — dark mode and improvements to incognito mode.

Dark Mode for Chrome, which arrived on macOS last month, looks almost identical to Chrome’s incognito mode, but with all dialog boxes and menus also dimmed. Google is currently rolling out dark mode “to a small number” of Chrome users now, a community manager wrote on Chrome’s forums. “It will become more widely available in the near future.” You can, however, force the update with a little tinkering in Windows 10, according to a commenter on Google’s blog. First, update to the latest version of Chrome. Then right-click on the Chrome shortcut icon on your desktop and select Properties. In the Target section add ” –force-dark-mode” (without the quotes) and relaunch Chrome.

The update to Chrome’s incognito mode will stop web developers from knowing whether you are in Chrome or not. The Boston Globe, for instance, blocks Incognito users who attempt to get around its paywall, but not anymore. Chrome would previously block a site’s access to something called FileSystem API. So being unable to see this would flag traffic as being in incognito mode.

With Chrome 74 however, the browser creates a temporary virtual file system that makes it look like the browser is operating in its regular browsing mode, effectively removing the distinction between the two as far as external websites can tell – or at least it will. This feature will also require a workaround to activate right away. If you want it now, type “chrome://flags/” in your address bar. In the page that comes up, type “incognito” in the flags search box type. Find the Filesystem API in Incognito settings and click “Enable.”

A few other updates came to Chrome this update as well, including the ability to disable some animation features to reduce motion sickness, various bug fixes, and over 39 security patches.