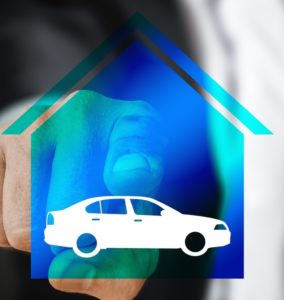 I am sure we have all seen the commercials about the cars with the built-in wireless networks.

Well this is just the first step towards an even bigger integration of technologies to make the roads safer for everyone. Recently General Motors has started testing a technology that will allow cars to “talk” to each other and provide feedback, both visually and physically, to the driver.

Have you ever come to a blind turn and checked as best you could to check for traffic? It looks clear but as soon as you start pulling out to turn you just get missed by a vehicle going much too fast. Well this is the main reason for this new technology. An article in MIT’s “Technology Review” they did this exact scenario in the GM parking lot. The test driver would weave through an obstacle course and then speed through a straight way with a blind 2 way stop obstructed by hedges on both sides.

Coming up to the 2 way stop the car discovered another car coming, and going way too fast to stop, and immediately began providing feedback to the driver. The dashboard flashed a collision light, the seats began to vibrate, and finally an audio queue was given for an impending collision. The test driver stopped just in time to see the speeding vehicle become a blur in his vision and run through the 2 way stop.

This is an all too common happening on today’s roadways. The addition of this technology could possibly save millions of lives in the first year of full integration. The U.S. Department of Transportation is so impressed with the prototypes that they are already drafting rules so that they can eventually mandate this technology in all new cars.

This technology is still a few years out, but GM is committed to making this a standard feature in their 2017 models. This is a great leap forward to protecting the roadways of the world, and will create a great opportunity for IT Support companies to expand into more than just computer networks. There may come a day that you will not just need a mechanic to work on your car but also an IT specialist, and we hope when that day comes you keep Frankenstein computers in mind.

“More than five million crashes occur on U.S. roads alone every year, and more than 30,000 of those are fatal. The prospect of preventing many such accidents will provide significant impetus for networking technology.” – MIT Technology review article

“NHTSA researchers concluded that the technology could prevent more than half a million accidents and more than a thousand fatalities in the United States every year.” – MIT Technology review article

“The technology stands to revolutionize the way we drive” – John Maddox