Apple’s iOS 6 to Debut This Fall 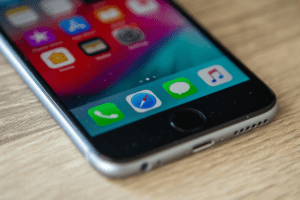 Due out this Fall, Apple is promising to bring “over 200 new features,” with the new update.  Some small changes such as slight improvements on current features, and some drastic changes, such as the replacement of Google maps.  One of the larger features will be the new Facebook additions.  Shooting for full Facebook integrations users will be able to input their usernames and passwords into the phone settings and not ever be required again to input it.  Users will be able to post photos to Facebook, update their friends on their game status’, map notifications and so on, all from within the phones normal menus.

A second major features to be added will the the various ‘do-not-disturb’ options.  Much like airplane mode, users can set the phone to block all calls and texts, as well as setting the phone to instantly reply to phone and text messages with a personal ‘busy’ message.  Other features along these lines will be the option to turn on the ‘dnd’ mode but only allow calls or texts from specifically set phone numbers.   Lots of iPhone features are simply getting massive upgrades and updates.

Facetime will be getting a graphical overhaul as well as the ability to use the features on 3G networks.  Parental controls are getting beefed up with the addition of ‘Guided Access.’  The feature will allow users to limit the options performed on the phone such as disabling specific apps or only allowing specific apps to be used.  One of the bigger updates to an existing feature will be Siri.  Thankfully the software will be getting a massive voice recognition update as well as more contextual results.

Yelp will now be integrated into the results as well as OpenTable for restaurant reservations on the fly, as well as the added ability to launch apps from within the Siri results.  One massive overhaul that many have known to be coming for awhile now is the change to ‘Maps.’  Previously (currently) the iPhone uses Google maps for its default map functions, however Apple has been anxious to break this tie for some time now.

Built from scratch for the iOS a new map application from Cupertino has been developed, which can also give turn-by navigation directions.  (Before customers needed to download an additional app to get voice assistance for mapping.)  And the company has been doing helicopter fly-overs of major metropolitan areas so that cities can be viewed three dimensionally.  With ‘over 200 new features’ touted to be coming in the next update there are sure to more announcements between now and when the update drops this Fall.