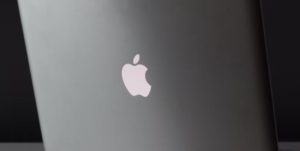 Apple Inc. has recalled some MacBook Pro laptops sold between September 2015 and February 2017 due to a “battery that may overheat and pose a safety risk.”

The Cupertino, California-based technology giant said in a statement that it is asking customers to stop using the computers. The problem affects the 15-inch version of the older MacBook Pro. The company said it will replace the batteries in these models at no charge.

“Apple has determined that, in a limited number of older generation 15-inch MacBook Pro units, the battery may overheat and pose a fire safety risk,” the company wrote.

The recall notice marks the second from the company this year. In April, Apple recalled some wall plug adapters for international use that could create a risk of electrical shock. Over the past several years, Apple also announced less critical replacement programs, such as for batteries and storage drives in the 13-inch MacBook Pro.

However, this battery recall marks the second significant issue with Apple laptops this year. Last month, after years of complaints from consumers, the company confirmed that some of its newer laptops have problems with the keyboard and offered a free service program to impacted customers.

Frankenstein Computers has been taking care of our happy clients since 1999. We specialize in affordable IT Support, IT Service, MAC repair, PC Repair, Virus Removal, and much more. Give us a call for remote support or drop in to drop off. Check out what our clients are saying about us on Yelp!