AMD Back in the CPU Race? 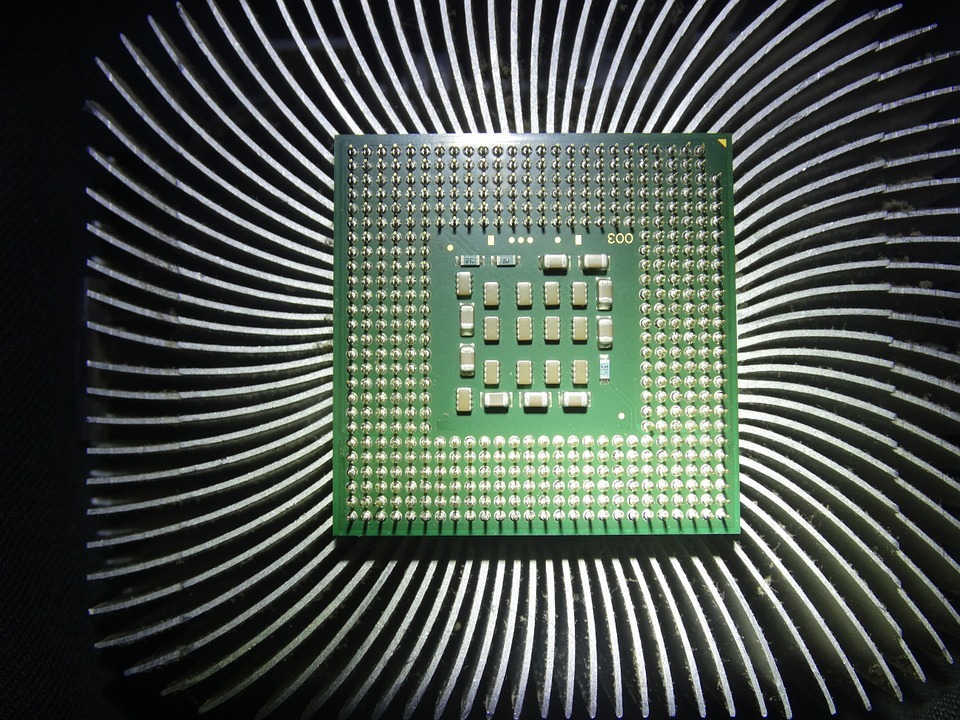 AMD hasn’t had much happening in the computer processor field for quite some time. The last processor released was the Piledriver series in 2012, yes that’s 5 years ago. However they’ve recently announced a counter to Intel’s newest i-series processors. AMD’s newest AM4 socket and processor, designated Ryzen, has matched the new i-series processors point for point in the performance, surpassing it in a few areas. These processors are going to follow Intel’s model of releasing sub-categories tailored to user’s needs. For a quick comparison of their enthusiast CPU’s see the chart below. 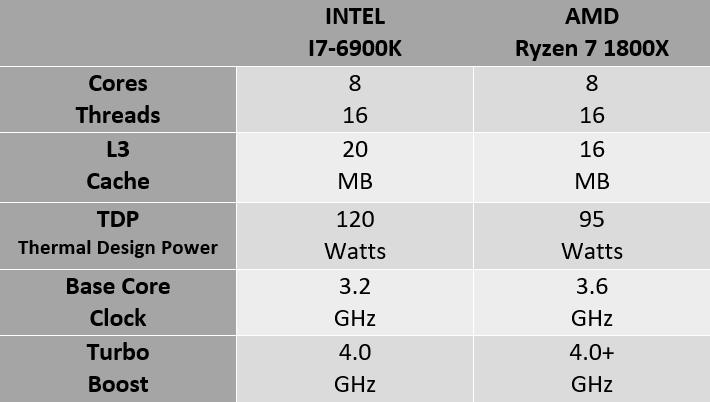 The main points to look at here are TDP, and Turbo boost. TDP: this is simply the amount of power that is drawn from the power supply to allow the processor to function when under load. This also will determine how much heat, hence the “thermal”, the processor will produce. Which in turn will then require much more cooling to function optimally. Turbo Boost: this is essentially the out of the box “safe” overclocking determined by the manufacturer. While Intel has recently, in the past few years, become more open to the overclocking community they still have issues when it comes to the heat produced. This is where AMD will pull ahead of the Intel cores, the “+” next to the AMD turbo boost is because AMD’s low TDP means there’s a lot of room for overclocking of the processor. They have yet to reach the maximum overclock on the Ryzen or new i7 processors so only time will tell if Intel is still the king of the Processor race, or if AMD can close the gap. We at Frankenstein Computers will be keeping our eyes on this processor race for first quarter 2017. Please remember to keep us in mind for all your Computer, Mac, Networking, and consulting needs.