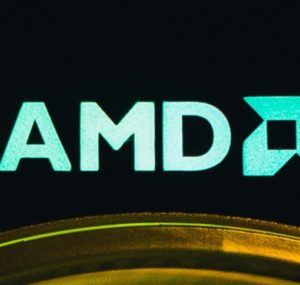 For the better part of two decades Intel has been the reigning champion of the Desktop and Laptop world. That is until now, AMD made a splash in the CPU world last year with their Ryzen 3, 5, 7, and Threadripper CPUs. Loosening the stranglehold that Intel has had on the CPU market share. This year AMD did it again releasing their APUs, which are CPUs that also have integrated graphics hardware. These are normally used for budget PCs that don’t need the horsepower of a full-size graphics card.

These APUs not only have graphics capabilities but are made from AMDs brand new VEGA architecture. These APUs have the juice to play newer games relatively well and provide enough graphical power to run low-end photo and video editing projects. Now AMD APUs are causing a wave in the laptop section of computer systems. Computex 2018 showed off close to a dozen laptops featuring AMD APUs in their systems.

Not only does this create more competition in the laptop market by stealing more market share away from Intel yet again.  There are some laptop models that are exclusive to the AMD APUs. With the low thermals that AMD CPU and APUs are known for, this means that laptop manufacturers can make extremely thin laptops (HP Envy x360 13) without compromising system cooling.

They’ve even won the design for Dell’s Latitude series workstation laptops, making it the first time EVER that AMD will be featured in a business laptop design. You can bet that we here at Frankenstein will be keeping an eye on this development in the future. We may even begin recommending AMD processors in our future custom PC builds should their upward swing continue into 2019.

Frankenstein Computers has been taking care of our happy clients since 1999. We specialize in IT Support, IT Service, MAC repair, PC Repair, Virus Removal, and much more.  Give us a call for remote support or drop in to drop off. Check out what our clients are saying about us on Yelp!