Awesome things to expect in 2015 from the IT field 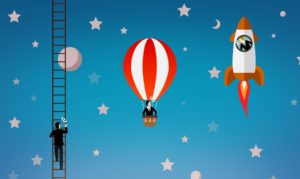 2014 saw a lot of great advances in technology – not just in the IT field, but in many other fields as well.  Here are a few things to keep your eyes and ears peeled for, in the coming year……

*   3D Printers – Printers have been around for longer than most of us have been alive.  They have continued to become more efficient and capable, as the years have gone by.  Now with 3D printing technology, many advances can be made in multiple fields, not just IT support.  Medical facilities have started using these printers to create custom fitted prosthetic limbs for amputees, providing more comfort and functionality than mass produced versions.  I expect to see much more out of these in 2015, as the technology enters its adolescence.

*   Internet of Things – No, I’m not making this name up :-)…. this is the official name for all inclusive networking.  You may have seen those refrigerators that keep track of what you have in stock and send alerts to your phone when your milk is going bad or if you’re out of something.  This type of technology has been around since early 2014, with cookware, clothing and even toothbrushes.  Just to give you an example of some of these: a group of students from MIT started a project to design a pan that connects to your phone and keeps track of your cooking, according to recipes you have in a smartphone application.  They have now started a Kickstarter campaign, to fund their research.  You can expect to see more networkable “everyday items” on the market, in the coming years …. and expect to be calling IT support companies, to come and configure your frying pan to connect to your refrigerator, so that you can connect your smartphone app to get recipes for dinner.

*   Virtual Reality – YES, IT’S COMING!!  Many big-name companies have taken up this project, and we should expect to see early prototypes very soon, if not full, first line releases.  These names include Sony (Morpheus) and even Facebook (Oculus Rift.)  Sony, best known for its work with the PlayStation gaming consoles, is taking up the reins on a system that many gamers would absolutely love to have.  They have caused quite a stir in the gaming community, with rumors about “full immersive gaming” –  meaning you no longer need a hand-held controller to play a game, because your entire body is the controller.  Keep your eyes open for advances in these projects, especially if you’re a gamer.

There are many more technologies, still only in the planning stages, which may come to fruition in 2015.   As an IT professional, I look forward to all the new advances in technology that many companies will make in the next year.