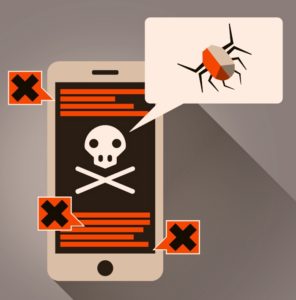 A report from Bit9 and Carbon Black details how 2015 was the worst year in history for OS X malware.

In a 10 week study conducted by both organizations it was discovered that 2015 had 500 percent more malware than 2010-2014 combined. Windows is still the most targeted operating system, but with Apple gaining increased market share we are going to see more malware, including ransomware, starting to be created for Apple computers.

From the report by Bit9 and Carbon Black

During the 10 week study, over 1,400 unique malware samples were collected and analyzed.  Some of the most common OS X malware in 2015 were:

This report just confirms what we have always stated. Just because there has not been a lot of malware targeted towards Apple OS X, it is not an indication that it is more secure.  In reality it is because with the lower market share, there was not as much money to be made by the criminals when they targeted Apple.

Now that Apple’s desktop market share continues to increase, malware developers will start to increase developing OS X malware. It is time for OS X users to starting taking security seriously as a secure Apple computer is becoming a thing of the past.

If you have (or even think you have) malware on your Apple computer, bring it to us at Frankenstein Computers for a free evaluation and we will let you know if your system is infected and what it will take to cure it.