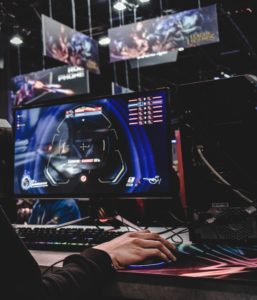 Recently Wal-Mart decided that they would try their hands at System Integration or SI for Computers.

While Wal-Mart has laptops that they sell, most of these are from other manufacturers. The “OverPowered” Desktop Gaming series of computers is specifically designed and made for Wal-Mart.

These released in the last week of November 2018 and have been met with extremely harsh criticism from tech reviewers. Many of these reviewers had the same gripes about the system. It is immensely overpriced for the quality of parts and the lack of upgrades available.

One reviewer ordered the “top of the line” DTW3 system which costs a massive $2100 before tax (this price has since dropped to $1899) and received the base model DTW1 that retails for $1400. While this could be put up to a clerical system error, that’s a $700 mistake.

You will find the parts list for each iteration of the systems below, but the general verdict from ALL of the reviewers is “don’t waste your money”. Take the money that you were going to spend on the Wal-Mart systems and buy the parts to build your own.

Building your own, you will not only get a better system overall, but you may end up saving money in the end.

If you are looking to get a high-end gaming system and need help figuring out parts, give Frankenstein a call.

We have helped many clients over the past years build custom gaming and business systems that they are still using to this day. We offer many pricing options, we can do the full system build from choosing the parts all the way to delivering the system ready to use. We can also consult with you to help you pick the parts that will meet your needs so that you get a computer that is affordable and does not “waste” potential and money.