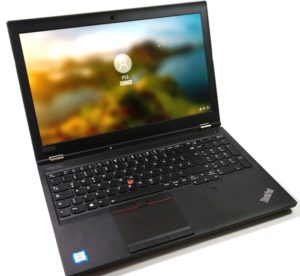 As technology changes, so too does the drive to explore, exploit, and bypass security features built into computers and networks across the world. Lenovo, a brand that is well known for their laptops is no exception. Recently in a press release, Lenovo had announced that a series of their laptops has a major security flaw.

Many people who have purchased Lenovo laptops probably noticed they have a unique feature that is usually not present on many others. The fingerprint scanner was a layer of biometrics designed to allow a user to log in with nothing more than their finger or thumb print. However, according to the press release, sensitive Windows logon credentials and fingerprint data was weakly encrypted, hard coded and available to all users with local non-administrative access. This flaw only affects Windows 7, 8 and 8.1. Windows 10 users are safe!

The good news is Lenovo also pushed an update to the Fingerprint Manager Pro. With this patch, this huge security issue can be corrected and your personal information secured. If you have one of the following laptop models, give us a call and we will gladly assist you with the upgrade, as your safety is our concern!

Remember, if you see your laptop in the list above, please make sure you get updated and if you need assistance, just give us a call!

Frankenstein Computers has been taking care of our happy clients since 1999. We specialize in IT Support, IT Service, MAC repair, PC Repair, Virus Removal, web design and much more.